No Carbon Tax with PPC.

As well, all those trucks that deliver goods, costs of electricity as all support activities rely on trucks running on fuel.

That’s referred to as #infationtax

Implemented by liberal and endorsed conservative governments in Canada will make us all pay dearly! Scheduled to increase by another 33 cents per litre on top of the current 4.5 cents.

NO Carbon Taxes with PPC!

Maybe this will be my last gas powered car? Electric Cars in Canada has been dictated by 2035!

The end results of this push for electric cars is as follows:

2. No improvement, or worsening environmental conditions.

3. Subsidizing the “huber rich”, for their need to buy an expensive electric car, to feel better about themselves.

4. Disadvantage the average person, who will not be able to afford reliable transportation.

6. Future brown outs of electrical power to homes and businesses, due to the heightened demand for electric cars.

7. More wear and tear of roads and bridges (higher taxes).

10. Destruction of our energy independence.

Just say no to electric cars!

Had to replace my aging midsize Gas powered SUV with a new flexible capacity vehicle something that could go from Barrie to Windsor, without a layover … yes a Gas powered SUV! This may be my last vehicle as fuels costs might force me to opt for a bike, if the Liberals continue to tax us on everything!

With huge Carbon taxes … increase cost in 5 years of about $1100 extra tax per year in costs … This could be my next wheels! Not so much fun in winter! Hard to commute to Toronto from Barrie Springwater Oro-Medonte, even worse getting to Windsor!

Barrie Springwater Oro-Medonte BSOM residents are in part commuters to work and pleasure! Driving your car will cost dearly with carbon taxes on top of the federal excise tax, provincial road taxes and Harmonized standard taxes. Cost of taxes on gasoline is like 40% with more carbon tax being added!

As well, take a look at your natural gas bill … another big Carbon Tax add on! Keep thinking … Residents of Barrie Springwater and Oro-medonte pay more carbon taxes, taxes on heating fuel, taxes on natural gas, taxes on propane (barbecue) and taxes hidden in every transaction including delivery and trucking fees! The tax costs get passed on to the consumer … that’s you!

No Carbon Taxes with PPC

No Carbon Taxes … Carbon taxes are causing inflation, some call it #inflationtax! Inflation eats into your spending, causing you to pay more for gas, for food, for supplies, for everything, making your dollars disappear before the end of the month!

Politicians are lying to taxpayers.

Before the last federal election, the Trudeau government told voters it had “no intention” of raising its carbon tax beyond $50 per tonne. In the midst of COVID-19, Prime Minister Justin Trudeau promised not to raise taxes or costs.

A few months later, Trudeau then blindsided taxpayers and announced that he would hike the carbon tax to $170 per tonne by 2030 and layer on a second carbon tax through fuel regulations.

Conservative Party Leader Erin O’Toole also misled Canadians. When he was running for party leader, he signed the Canadian Taxpayers Federation’s pledge to fight carbon taxes. The pledge was unequivocal:

“I will: Immediately repeal the Trudeau carbon tax; and, reject any future national carbon tax or cap-and-trade scheme.”

Less than a year after signing the pledge, O’Toole announced he would introduce a carbon tax of his own.

Why are party leaders hiding their true intentions from Canadians?

Maybe it’s because politicians know voters would give their carbon tax plans a failing grade?

More than half of Canadians don’t support plans to raise carbon taxes every year for the next nine years, according to a Leger poll commissioned by Secondstreet.org. The same poll showed that more than two thirds of Canadians oppose paying $20 in carbon taxes to fill up their car.

With the high taxes Canadians are already paying for fuel, there’s no wonder they don’t want politicians driving up the price of gas even higher.

No Carbon Taxes with PPC

Taxes already account for between 31 and 42 per cent of the price at the gas pumps when you factor in all the different provincial and federal gas and sales taxes, a potential transit tax and the carbon tax. In Montreal, drivers are hit with six different taxes when they fuel up.

The average total tax bill for each litre of gas in Canada is about 45 cents. That means a family is already being soaked for nearly $35 in taxes every time they fuel up their minivan. That’s equivalent to more than a $200 per tonne carbon tax, even before Trudeau and O’Toole hike the federal carbon tax any higher.

Despite lighter wallets, emissions continue to go up.

TAKE ACTION … DO SOMETHING – No Carbon Tax with PPC

GLOBAL WARMING & ENVIRONMENT, REJECTING ALARMISM AND FOCUSING ON CONCRETE IMPROVEMENTS! Do something … Contact your members for federal parliament and demand they stop this Carbon Taxation of all our activities and lives! Heating is an essential need, so is driving vehicle to get to work! STOP the Carbon TAX!

No CARBON TAX – The Liberal Conservative plan to continue Carbon Tax.  We will eliminate the CARBON Tax, leaving more money for Canadians to cover day to day costs!

CUT PERSONAL TAX: The Liberal Conservative plan is to continue personal tax and small business even with expected High Inflation! We will reduce Personal and Small Business Tax in first term!

BALANCE THE BUDGET: The Liberal NDP alliance spend billions of our tax dollars, exceeding all previous governments with no plan to pay it down.  We will Balance the Budget in the first term in office!

IMMIGRATION REFORM: Canada’s immigration rate is unsustainable and 74% are dependents. We will place a moratorium on immigrating until the economy has recovered. We will

STOPPING GLOBALISM: Canada signed various UN treaties and agreements that infringe on our sovereignty.  We will withdraw from the Global Compact on Migrations and the Paris Agreement.

UNITY: Ottawa has intruded upon provincial jurisdictions and divided Canadians into tribes. We will respect the Constitution and treat everyone as Canadian.

END LOCKDOWNS: Lockdowns have suppressed our freedoms and destroyed public finances. We will no bail out provinces that choose to close down their economies

We will Take Action … Policies that put Canadians First! 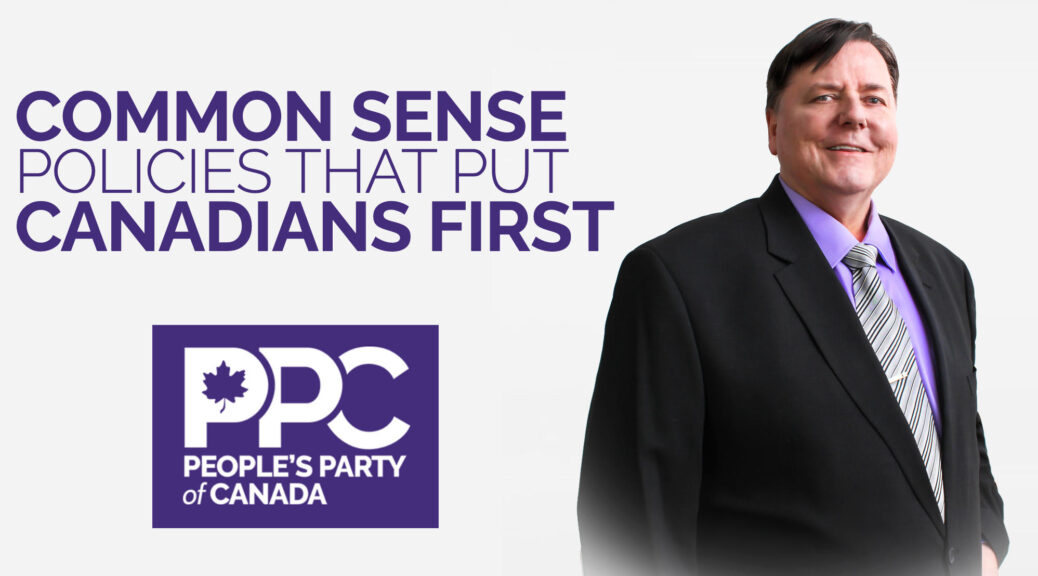 Chris Webb is announced as the Candidate for Barrie Springwater Oro-Medonte Electoral District (riding) with the People’s Party of Canada!

Chris lives in Barrie – Springwater – Oro-Medonte, with his fiancé Ela.  As a proud father of two grown daughters and a Professional Engineer Chris has met challenges in his life. As the “hands on” owner of a small engineering business, Chris understands the needs of Small Business! Providing applied science solutions, innovation and management system services to local, regional, national and overseas clients,

Born and raised in Peterborough, Ontario, his father, a Strong Patriotic Canadian, a WWII Veteran.  Upon release from the Army, John Webb started his small business (Webb’s TV ). His mother, Jean Webb was a hair dresser, who raised Chris along with his 5 brothers and 5 sisters. A large family instills the need for fairness … we need to bring that fairness back to Canada with Common Sense Policies!

Chris graduated from the University of Waterloo, with a Bachelors degree in Chemical Engineering. Chris has volunteered at various non-profits over the years, giving back to Society. He was the founding director of the Young Inventors Fair Society of BC, helping kids explore science. He was elected as the President of the BC Inventors Society, helping inventors pursue their dreams. Chris was the publisher/editor of the Ideas Digest Newsmagazine focused on small business and innovation.

As the People’s Party of Canada (PPC) Candidate for Barrie-Springwater-Oro-Medonte, Chris is confident that he can Bring back HOPE!

Chris is a newcomer to politics, with new ideas and approach to improve life of real Canadians,  Chris fits well with the People’s Party of Canada!

We must be willing to apply science, not alarmism or carbon taxes to climate change discussions!

Ensure Freedom of Expression for all Canadians by Bringing back Voices of the People and Bring Back Hope!

Time to Do Something

IT’S TIME … TIME to ‘DO SOMETHING’! Review the Common Sense Policies that put Canadians First! You can choose to get involved. We are always looking for VOLUNTEERS to help with the campaigning efforts. You can show your support by becoming a Member of People’s Party of Canada will help!

Chris Webb, Candidate for Barrie-Springwater-Oro-Medonte is confident that he can Bring back HOPE! Time to make a better future for all Canadians!

Be part of the Common Sense Solution … Connect with Chris Webb by calling 647-921-9322 or emailing Chris@chrisgwebb.com